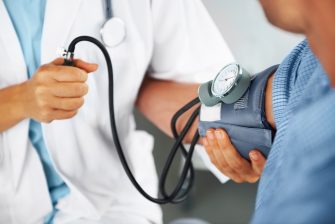 High blood pressure affects nearly half of adults in the US.  Yet, according to the Centers for Disease Control (CDC), just under a quarter of these individuals have it under control.

What is even more concerning is that many may not be aware that their blood pressure is higher than it should be.  High blood pressure puts a constant strain on the body, increasing the risk of heart disease and stroke, both of which are among the most prevalent causes of death in the US.  While there are many medications which have been developed to help control blood pressure for those who have known conditions, they are not without risk and do not work for all patients.

Given the serious effects of high blood pressure, also known as HBP or hypertension, researchers feel it is important to continue to explore options that will be safe and effective at helping people manage their health.  One area of scientific research seeks to find non-pharmacologic solutions using clinical trials on a variety of bodily functions, including some that examine participants blood pressure changes while undergoing chiropractic care, and in particular spinal manipulative treatment (SMT).  It may be surprising to some, but these results show that chiropractic care may be instrumental at helping patients lower their blood pressure.

In an early study published in 1988, scientists evaluated the immediate effects of SMT on blood pressure.  The subjects were 75 students who were undergoing chiropractic care and volunteered to participate.  After the students had sat quietly for 5 minutes, they were evaluated and divided into two groups.  After the subjects received a health evaluation including blood pressure readings and an exam to determine spinal misalignments (also referred to as subluxations), the “Experimental group” received spinal manipulative treatment, while the “Control group” did not.  After the subjects were treated, then their blood pressure was taken again.  Those in the “Experimental group” experienced lowered systolic and diastolic blood pressures immediately after the adjustment, including some who saw a drop of as much as 10-20 mm hg, which is considered to be clinically relevant.

A 2013 study looked at how chiropractic care may affect blood pressure rates specifically among African Americans.   This is an area of specific interest because, among Americans younger than 65, African Americans have a higher prevalence of HBP.  A small group of African Americans with a diagnosis of either hypertension or pre-hypertension, participated in the study and received 23 visits of chiropractic care over a period of time.  Their blood pressure was measured at each visit.  Researchers then compared the average of the readings taken in the initial 3 visits to those taken on visits 21-23.   Initially, there was no significant difference.  However, when looking more closely, they saw that 4 of the subjects had significantly higher body mass index (BMI) than the rest of the subjects.  When those outliers were removed from the study, the results revealed that the subjects had experienced a drastic reduction in blood pressure readings between when the study began and the final readings.  As with SMT, the association of BMI and its effects on blood pressure are still continuing to be more clearly understood through clinical studies.  Additional research may help explain how these correlations work together.

It appears that the cervical spinal adjustment, in particular, may play a role in helping the body maintain healthy autonomic nervous systems.  The autonomic bodily system is the key to involuntary functions such as breathing and maintaining a heart rate.  A group of Spanish researchers, along with colleagues from Denmark and Colombia, conducted a review of research studies regarding the effects of cervical (neck region) SMT on range of motion, strength performance and the cardiovascular system.  In addition to a significant increase in cervical range of motion and substantial increases in pain-free handgrip, researchers noted that patients with hypertension seemed to experience a decrease in blood pressure after cervical SMT.

High blood pressure is a serious health issue for Americans.  Sedentary lifestyles, overly processed foods and constant stressors have likely contributed to making it worse.  Alongside living a healthy lifestyle getting adequate movement, good nutrition and giving the body sufficient rest, it may be that chiropractic can be used as another tool to help maintain a healthy blood pressure.

There is still much to learn about the connection between chiropractic care and blood pressure regulation.  It is important that you do not stop taking prescribed blood pressure medications without consulting your prescribing doctor.

If you are having issues with hypertension, your doctor of chiropractic can check your blood pressure at your regular appointments and give exercise and nutrition advice to help give your body the fuel it needs to operate.  If you see that your blood pressure is improving, communicate with your prescribing doctor to discuss how this may impact your medication.  If you are not on medication and seem to be developing hypertension, your chiropractor can also refer you to another health care professional for other types of treatment that may be needed and beneficial for you.

If you don’t have a regular chiropractor, you can find one www.tnchiro.com/find-a-doctor/.