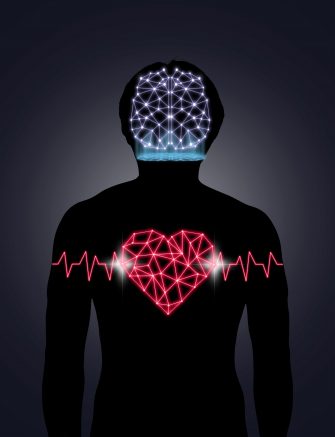 Headaches are classified by the location of pain along with what, if any, other symptoms are accompanying the pain.  One of the most common types is the migraine which may include neurological and/or gastrointestinal symptoms.

It is estimated that 10-20% of the world’s population is impacted by migraine at some point.  Migraines are more common after puberty, but the vast majority (approx. 90%) of patients have their first migraine before age 50.  Additionally, women are more susceptible to migraines.

Evidence has been found that migraine headaches are associated with ischaemic stroke and ischaemic heart disease.  Ischaemic means deficient supply of blood to a body part (such as the heart or brain) that is due to obstruction of the inflow of arterial blood.  The link was greatest among females and among patients who experienced aura with their headache.

There are a number of potential causes of migraine headaches that are also risk factors for heart issues.  However, the precise links have not yet been defined.

In order to improve understanding, researchers conducted a study of over half-a-million patients seeking treatment in Danish hospitals and outpatient clinics from 1995-2013.  Special attention was paid to myocardial infarction, stroke (ischaemic and haemorrhagic), peripheral artery disease, venous thromboembolism, atrial fibrillation or atrial flutter, and heart failure.  Of the 51,032 patients with migraine diagnosis, the average age was 35.  Woman made up 71% of the group.

When compared to the 510,320 people from the general population, migraine sufferers also have a slightly higher cardiovascular risk.   In actuality, their rate of cardiac events was more significant and in some cases nearly double.

The cumulative incidences per 1000 people after 19 years of follow-up for the migraine cohort compared with the general population were as follows:

These risks continued through the 19 years of follow-up.  Among the 59% of the migraine population who also experienced aura along with their migraine, the vulnerability was elevated for all issues other than venous thromboembolism and heart failure.

Patients who did not take NSAIDS or migraine specific drugs had a somewhat lower rate of ischaemic stroke compared with those who received those medications.  Overall, the association of cardiac events with migraine was stronger among women and among those who experienced aura.

While this study did not quantify the causes, researchers suggest that there may be numerous factors to explain the associations between cardiovascular issues and migraines.  Some of the structures, such as variations in vessel wall, may be risk factors for both migraines as well as cardiovascular issues.

Migraine sufferers tend to use NSAIDs, which have been associated with increased risk for several cardiovascular issues, for pain relief.  Additionally, during a migraine, some patients are immobilized due to the pain, which may increase their risk of venous thromboembolism.

Additional research will be required to determine if migraine and cardiovascular issues occur side by side or if they share a common cause.  Will treatment for one lead to lower risk of the other?

Chiropractic has long been regarded as a safe, effective treatment for migraine headaches.  Many patients have experienced relief of symptoms without the increased cardiovascular risk associated with NSAIDs or addiction risks of some pain medications.

If you or a loved one is suffering from migraine headaches, schedule an appointment with your local chiropractor.  In the course of your exam and consultation, you may learn of other cardiovascular risk factors.  Your chiropractor can help you monitor your blood pressure, give advice on exercise and nutrition to promote good heart health and, when needed, help you find another health care provider to evaluate and treat more serious cardiovascular issues.

If you have not previously seen a chiropractor, you can go to www.tnchiro.com/find-a-doctor to find a TCA member doctor near you.