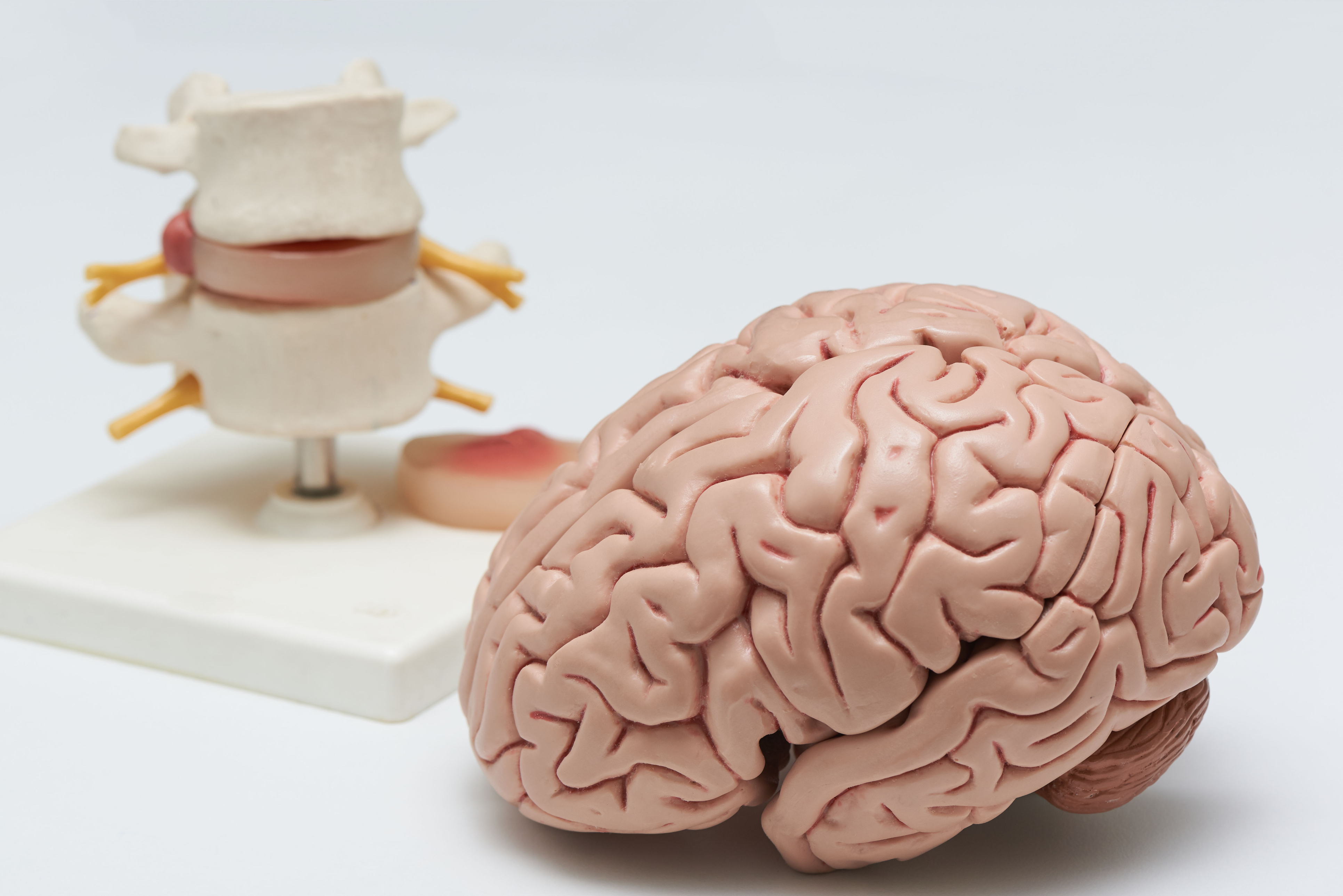 Inquiring brains want to know!  From superfoods to puzzle solving, a brief scan of the supermarket tabloids will often yield a host of ways to keep your body and mind “young” and healthy.  But something you may not realize is that posture may play a significant role in keeping your brain healthy.  Posture?  Yep!  Posture.

“90% of the stimulation and nutrition to the brain is generated by the movement of the spine,” explains Dr. Roger Sperry, Nobel Prize recipient for brain research.  “Better than 90 percent of the energy output of the brain is used in relating the physical body in its gravitational field. The more mechanically distorted a person is, the less energy available for thinking, metabolism, and healing.”

While this could be said at any age, spinal health and its impact on the brain may be of particular importance later in life.  Through advancements in medical technology, we see people living longer, yet also more conditions related to degeneration and/or impairment of the body with increasing age.

One common ailment is the decline of cognitive function (e.g., mental abilities such as learning, reasoning, remembering, problem solving, decision making, and attention).  Because loss of these abilities brings significant declines in quality of life and increased cost for medical care and assistance, it is important to look for ways we can support the health of our brains.

Mild cognitive impairment (MCI) is “a transitional condition between cognitive decline during the normal aging process and very early dementia.”  With MCI, independence in functional abilities is preserved and there is no dementia.  In fact, some people with MCI never progress beyond this level.   However, it carries with it a high probability of progression to dementia.  For many patients with MCI, there is also a slowing of the person’s gait.

It has been generally recognized that sagittal spinal balance (lumbar and pelvic regions) begins to decline with age and can impede standing and walking in severe cases.   While advanced spinal imbalances are now classified as adult spinal deformity (ASD), minor to moderate changes tend to be written off as normal aging.  Yet, any imbalance can increase the risk of falling, and significant imbalances are associated with further decline in quality of life.

While both are associated with aging, researchers hypothesized that cognitive function and spinal imbalance may be connected.  Researchers conducted a study to determine if cognitive deterioration could be detected by spinal posture assessment.  Just over 400 subjects aged 50-89 years living in a Japanese community were enrolled in the study.  Cognitive function was evaluated and reported by gender and age group.  Sagittal spinal balance was measured as sagittal vertical axis (SVA) based on radiological scans of the individuals.  The Physical Component Summary (PCS) measured their physical quality of life.

Their findings were enlightening.  For all participants, there was a positive correlation for age and SVA.  SVA also had a strong association with physical quality of life.  Older age groups tended to have larger SVAs which tended to also be associated with lower PCS scores.

Cognitive decline was more likely for males with:

Cognitive decline was more likely for females with:

Comparing age and SVA revealed multiple combinations that could make “valid cognitive decline determinations.”  It is known that increases in SVA reduce a person’s balance, impairing their abilities to walk and stand.  The researchers suggest that this spinal imbalance may indicate reduced cognitive ability as well as declines in motor function.

These results are backed up by a study conducted in 2003.  In that study, researchers used a different methodology (C7 plumb line deviation – measurements from the base of the neck to the pelvis) for evaluating spinal misalignment and sagittal balance.  However, they too found that as the deviation increased, all measures of health status decreased.  This included breathing, heart rate, pain and disability, among other abilities.  Even minor forward head posture had a noted impact.

While these studies do not show a direct causal relationship between postural changes and cognitive decline, they do show that cognitive decline and reduced sagittal balance are at the least, frequently occurring simultaneously with age.  Therefore, when one is observed, it may be wise to evaluate the other as the changes in SVA were shown to be present even in early cognitive decline.

Could maintaining a healthy posture along with other wellness activities help prevent cognitive decline?

These studies offer important insights, yet additional research is needed to explore how these two aspects of health are connected.  While spinal balance and cognitive decline often occur together, which occurs first?  Does one cause the other?  Or are they both caused by another factor not yet identified?  For now, researchers advise greater attention to changes in the posture of aging people in order to provide early intervention and hopefully slow or stop health decline.

A healthy lifestyle including varied diet of whole food nutrition, appropriate levels of activity along with maintaining a healthy spine all contribute to keeping our body as strong and healthy as possible for as long as possible.  Proper spinal alignment helps the brain communicate with the body without undue interference.  This allows the body to work at its optimal level.

With each birthday, there will be certain declines in the body simply due to wear and tear.  However, regular chiropractic care can help the body maintain alignment that can help reduce those degenerative effects. In addition to spinal adjustments, your chiropractor may suggest stretches or exercises to help strengthen parts of the body that may be weak, helping to prevent injury and keep you moving.

Talk to your doctor of chiropractic about healthy changes you can make to help your body and brain operate at its best!